This year’s CNRS Gold Medal, one of France’s most prestigious scientific prize, has been awarded to the Franco-Norwegian physical chemist Thomas Ebbesen. He specializes in nanosciences, a cross-disciplinary field that covers a variety of scientific areas that include carbon materials, optics, nano-photonics and molecular chemistry. His discoveries have notably enabled technological breakthroughs in optoelectronics for optical communications and biosensors. As Professor at the University of Strasbourg, he headed the Institut de Science et d'Ingénierie Supramoléculaires (ISIS, CNRS/University of Strasbourg) until 2012. He is currently Director of the University of Strasbourg Institute for Advanced Study (USIAS).

E-MRS, formed in 1983, developed rapidly in the latter part of the 20th century and the society’s contribution to the world of materials science and the scientists at the leading edge of the discipline became well established. Early in the new millennium, E-MRS decided to create an award to recognise an individual’s contribution to the fundamental understanding of the science of materials through experimental and/or theoretical research. The outcome was the quinquennially Anniversary Award. The first Award was presented in 2003 to mark the 20th Anniversary of E-MRS.

The first beneficiary was Richard Friend, the Cavendish Professor of Physics at the University of Cambridge.  His plenary presentation was focussed on plastic electronics. The day after the Spring Meeting, on 14th June, his knighthood for his ‘services to physics ’was announced in Queen Elizabeth II’s Birthday honours and he became Sir Richard Friend.

The 25th Anniversary Award in 2008 was made to Dan Shechtman of Technion University in Israel.  In 2011 Professor Schechtman was awarded the Nobel Prize for Chemistry for his discovery of quasicrystals, the topic of his plenary talk.

In 2013 the Award was presented to Sir John Pendry of the Centre for Plasmonics & Metamaterials at Imperial College, London, who delivered a presentation entitled ‘Metamaterials open new horizons in electromagnetism"

At the 2018 Spring Meeting the 35th Anniversary Award was presented to Professor Thomas W. Ebbesen of the University of Strasbourg, the Chair of Physical Chemistry of Light Matter Interactions. Professor Ebbesen shared the 2014 Kavli Prize in Nanoscience with Sir John Pendry and Stefan Hell for their transformative contributions to the field of nano-optics. He has received the E-MRS award during the conference plenary session on Wednesday 20th June and delivered a presentation on ‘Light-Matter Interactions in a Material Science Perspective.’

Thomas Ebbesen was born on 30 January 1954 in Oslo, Norway. After receiving a bachelor’s degree from Oberlin College (USA), he completed his PhD in physical photochemistry in 1980 at the University Pierre & Marie Curie in Paris. The following year, he joined University of Notre Dame in Indiana (USA) and developed collaborations with Japan, and notably with Tsukuba University. In 1988 he settled in Japan, working in the research laboratory at NEC, the industrial computer and telecommunications giant. In 1996, Jean-Marie Lehn, winner of the Nobel Prize for Chemistry in 1987, convinced him to join his team at the Institut de Science et d'Ingénierie Supramoléculaires (ISIS, CNRS/University of Strasbourg) and he became Professor at Strasbourg University while continuing to maintain strong links with the NEC laboratories in Japan and Princeton (USA). In 2005, he took over from Jean-Marie Lehn as Director of ISIS, and held this position until 2012 when he was succeeded by Paolo Samori. He is now Director of the International Center for Frontier Research in Chemistry1 (icFRC) and since 2012 has been Director of the University of Strasbourg Institute for Advanced Study (USIAS).

With an outstanding international reputation, Thomas Ebbesen has authored many fundamental and pioneering discoveries in the nanosciences. His highly cross-disciplinary work has been recognised by a variety of scientific communities, producing articles that have become references in their field2 and enabling technological, scientific and conceptual breakthroughs.

Throughout his scientific career, Thomas Ebbesen has worked on a broad range of topics, but particularly on carbon materials, nanotubes and fullerenes. For example, he developed a method for the large-scale synthesis of carbon nanotubes and studied the physical, chemical and mechanical properties of these materials. In 1998, he proved the existence of a new optical phenomenon: extraordinary optical transmission, discovering that light can pass with considerable efficiency through apertures that are smaller than its own wavelength, contrary to what had previously been understood.

More recently, Thomas Ebbesen has been focusing on molecular systems involving strong light-matter coupling, and his team has demonstrated for the first time that chemical reactions can be accelerated or decelerated by the interaction of reagents with electromagnetic fluctuations within an optical cavity, and selectively favour a given product. These surprising findings have given rise to the new field of “polaritonic chemistry” which is the subject of growing interest throughout the world.

Alongside his academic work, Thomas Ebbesen’s involvement in bridging the gap between research and industry has led him to file over 30 patents, as well as become the co-founder of the start-up n-TEC, which specialised in carbon compounds.

A member of the Norwegian Academy of Science and Letters since 2003, Thomas Ebbesen was elected a foreign member of the French Academy of Science in 2009 and of the Royal Flemish Academy of Belgium in 2011. His career has been marked by several important awards: he received the 2005 France Télécom Prize from the French Academy of Science and two ERC Advanced grants in 2008 and 2018. In 2011, the EuroPhysics prize rewarded his work on carbon nanotubes and he also received the Quantum Electronics and Optics Prize from the European Physical Society in 2009. Finally, in 2014, Thomas Ebbesen was awarded the Kavli Prize for Nanoscience, the highest distinction in that field, for his work on subwavelength optics and his discovery of the phenomenon of extraordinary optical transmission.

For further information about the Anniversary Award, please click here 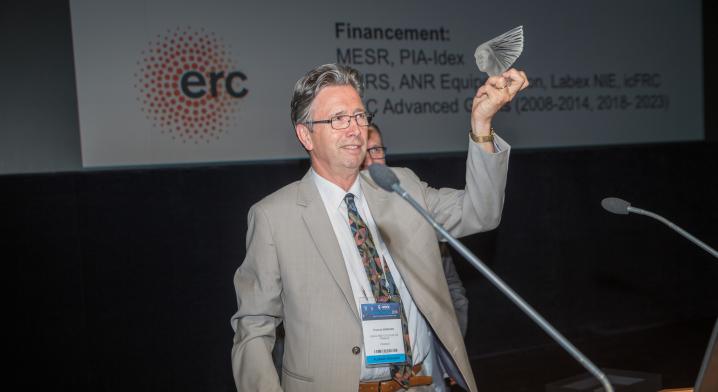 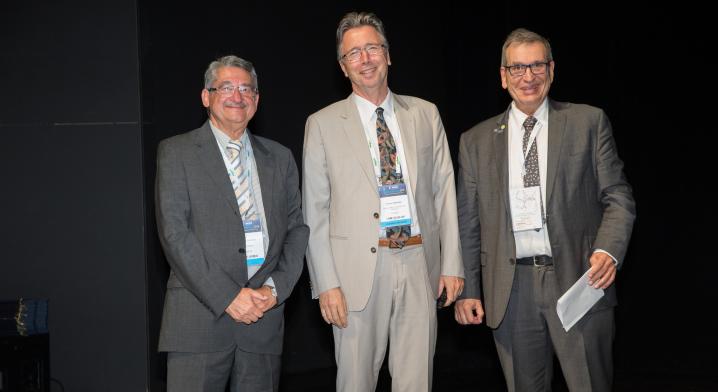 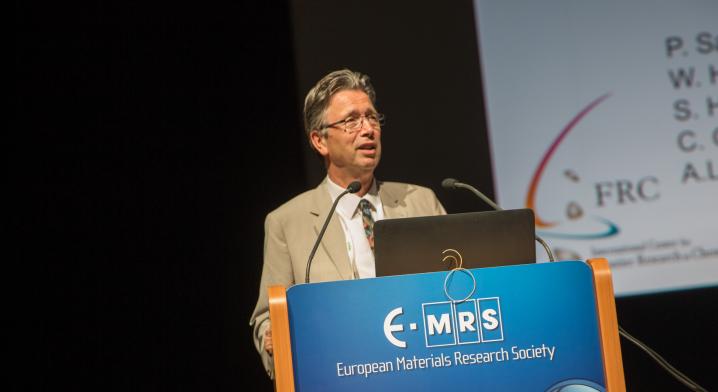