The European Materials Research Society (E-MRS) was established in 1983 through the initiative of individual European Materials scientists. A number of European materials scientists who attended the MRS meetings in the U.S.A. realised that such a society could be of benefit to Europe to enhance the links between materials science and industry and to provide a voice for the materials community. Most of the problems facing the world such as energy supply and health will be solved only by breakthroughs in materials science. It is vital that the outcomes of research are utilised through technological experience and innovation for the benefit of mankind. 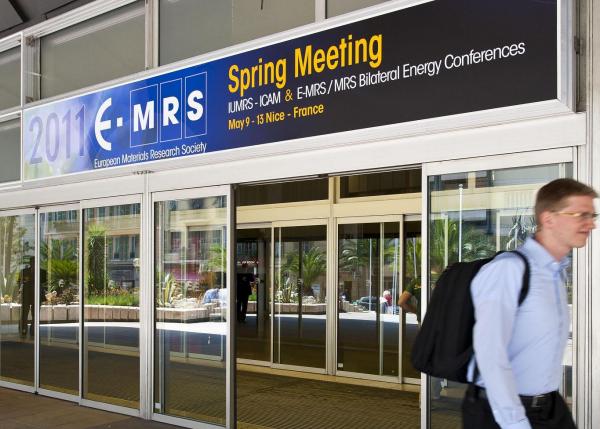 The major society conference, the E-MRS Spring Meeting, is organized every year in May or June and offers on average 25 topical symposia. The conference is augmented by an exhibition of products and services of interest to the conference. It is widely recognized as being of the highest international significance and is the largest of its kind in Europe with about 2,500 attendees every year. Each symposium publishes its own proceedings that document the latest experimental and theoretical understanding of material growth and properties, the exploitation of new advanced processes, and the development of electronic devices that can benefit best from the outstanding physical properties of functional materials. 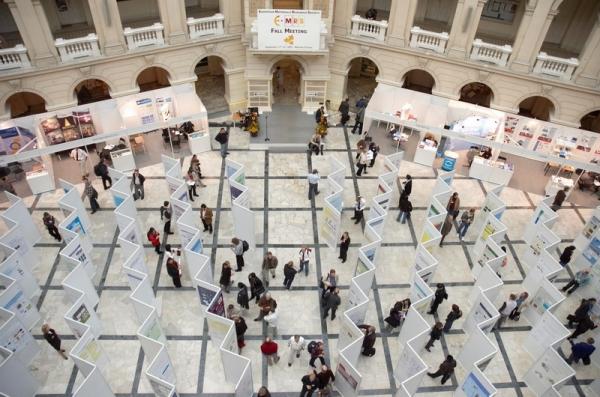 Since 2002, E-MRS has organized an annual Fall meeting in Warsaw, Poland which provides another opportunity for scientist in Central and Eastern Europe to become involved in the work of the E-MRS. The conference is augmented by an exhibition of products and services of interest to the conference. The Fall Meeting offers the same high quality scientific platform as the Spring meeting and is growing in international involvement.

E-MRS became increasingly aware of the fragmentation of the material community. In 2008, E-MRS took the initiative to bring the community by establishing the European Materials Forum (EMF). The forum promotes discussions about the research areas most likely to provide long term economic benefits to the European Union. When consensus is reached, the Forum’s goal is to inform the appropriate EU authorities of these research avenues so they may be pursued.

E-MRS welcomed the proposal by the President of the European Commission, José Manuel Barroso, to establish the European Institute of Technology (EIT), but recognized that many aspects needed careful consideration. E-MRS campaigned for the Commission to undertake a prefiguration programme to establish the optimum structure for governance of the proposed institute. The Commission accepted the need for further study and funded four projects to help formulate policy prior to the formal establishment of the EIT. E-MRS was a partner in one of these projects identified as ComplexEIT.

The E-MRS role in the ComplexEIT project was to integrate research ideas at leading European Universities. Since the world wide contacts of E-MRS have shown that European Research is on a par with world standards, but the industrial and commercial exploitation is not fully realized, universities were chosen by their record of research exploitation as determined by the development of spin-off companies. Once those were chosen and established, the E-MRS would then propose an optimum program for implementation in the EIT.

Distinguished scientists, governmental officials and entrepreneurs from all over the world are invited to present the current industrial status, recent research achievements, and government policies in the field of advanced materials for energy application and to discuss the development policies and the future of these materials.

E-MRS organised the inaugural World Materials Summit in conjunction with MRS and C-MRS in Lisbon under the auspices of the Portuguese Presidency of the EU in 2007. The Summit conferences have been established as a biennial event: the 2009 Summit was held in China, the 2011 in Washington D.C., the 2013 Summit was held in Strasbourg, the 5th WMS on Advanced Materials for Sustainable Society Development took place in Rizhao / Shandong (China). The 6th WMS on "Materials innovation for the global circular economy and sustainable society" was held at the Council of Europe in Strasbourg from November 20 to 21, 2017. The 7th World Materials Summit (WMS) took place on October 24 to 26, 2019 in Hangzhou, Zhejiang Province, China.